How Does A Judge Determine Visitation Rights? 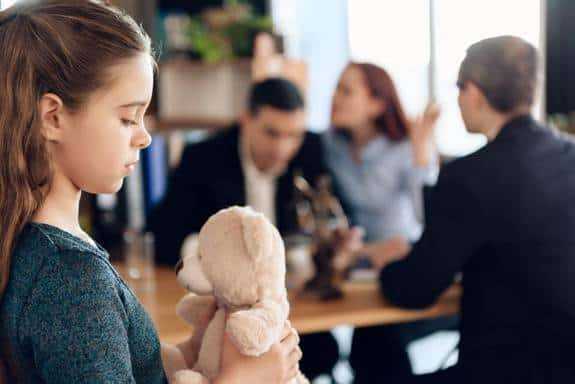 One of the saddest things that family lawyers see occurring when a married client goes through a divorce, is that the children of that marriage are used as some kind of weapon by one, or both, parents, against the other.

Refusal of Child Support or Visitation

Ultimately, this whole battle will end up in court, where it will be for the judge to decide how the matter of visitation is to be resolved, given that the two parents have been unable to do it amicably.

Many scenarios are played out, but a common one will be that after an acrimonious split, the child’s mother will have initially refused to let their father see him, or at best only allow limited or supervised visits.

The father is upset at this, and so he will instruct his lawyer to instigate court proceedings against his son’s mother in order to have full visitation rights.

The case made for him might be that he is a kind and loving father who only wants the best for his child. Countering that is the mother’s submission that the father is in fact a heavy drinker, who becomes violent when drunk, and is thus a danger to his son if left unsupervised with him.

When each of these arguments comes to court, an initial decision has to be made, and without any statements or evidence being heard directly from the parents, a short-term order is often made by the judge. They will tend to err on the side of caution, which normally means limited visitation or supervised visitation for the father.

Naturally, this can seem unfair in the mind of the father, but a judge is unlikely, nor should they, take any risk with the well-being of a child. Imagine the uproar if a judge granted a full visitation to a father, despite the mother claiming him to be a danger, and that father subsequently harmed their child whilst drunk.

A judge would much rather be regarded as being unfair in the short term, than negligent in the long term, especially when it comes to the welfare of children. Ultimately, all the evidence and arguments will be heard before the judge, and each party, including the father, will be able to plead their case fully, and passionately.

If you are going through an acrimonious divorce, and neither of you can agree on visitation, here is some advice, whether you are the mother, or the father of the children in question.

First, you should seek the guidance of a family lawyer so that you proceed with your case in the best way possible. Family law can be a minefield if you do not know what you are doing, especially if the other side has employed legal representation.

In the meantime, do not indulge in any verbal or written communication with your spouse, as you never know when they might use it against you, especially if you say something which might prejudice your case.

Also, do not discuss or post anything about the dispute on social media. Conversely, you should record any communications from them or any incidents that may have a bearing on the case.